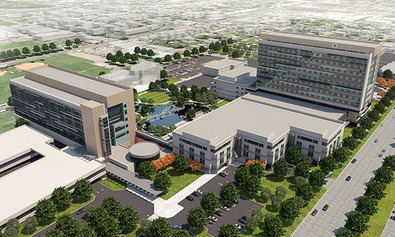 For 10 years Intermountain Healthcare has acquired more than 75 homes on the south side of Utah Valley Regional Medical Center in Provo. Now that these homes have been acquired and demolished, workers are ready to begin a $430-million replacement project that will include a new patient tower, outpatient building, walking paths and more.
“We knew we needed more land to make this project work. The only option we had was to purchase homes to the south of the hospital. We began this process about 10 years ago,” hospital spokeswoman Janet Frank said.
The current campus is  nearly 80 years old. It was built in 1939. Steve Smoot, Intermountain Healthcare’s South Region vice president and Utah Valley Regional CEO, said in a press release June 15, “As the community has grown and the need for more advanced, high-quality healthcare has increased, we have responded by designing a campus that will not only allow for leading-edge care today but allows for the same level of treatment for decades to come.”
Intermountain broke ground on June 17. This project is expected to continue until 2019, with the new buildings being finished in the fall of 2018; the existing patient building will then be torn down.
To make room for the new tower, the current rehabilitation facility will be torn down in the next four to five weeks. The hospital has been making room inside to house the rehab service on the third floor while the new tower is under construction.
- See more at: http://universe.byu.edu/2015/06/26/utah-valley-regional-medical-center-begins-430-million-dollar-replacement-project1/#sthash.vAieNZOC.dpuf

Jacobsen was awarded the highly-complex expansion of UVRMC—which, when completed, will transform the largest hospital in Utah County into an updated, world-class facility that can provide quality care to the ever-growing area. UVRMC’s existing seven-story inpatient center will be replaced with a 12-story, 590,000 square-foot tower, which will aggregate a number of departments currently scattered throughout the campus. Project scope also includes constructing a 107,000 square-foot outpatient services building, featuring green space and high-tech patient rooms. 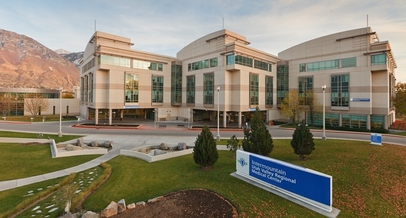 Utah Valley Hospital Outpatient Center
1034 North 500 West
Provo UT
​
The first floor contains two MRIs, two CT scan rooms, two radiology rooms, laboratory services, support areas, and a reception and lobby area. The second floor houses the physical therapy department, which has a large open therapy gym, a large treatment room with multiple tanks, and a pool for physical therapy. It has two x-ray rooms surrounded by exam rooms and offices. The third floor was left as a core and shell and was roughed-in for future medical office space and specialties. The fourth floor is dedicated to surgery prep, surgery, and recovery. There are six operating rooms, a PACU, and a prep/recovery area. 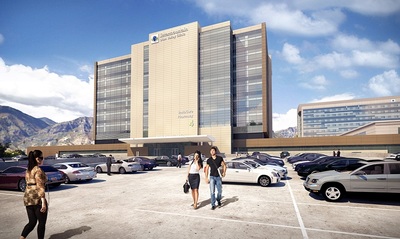 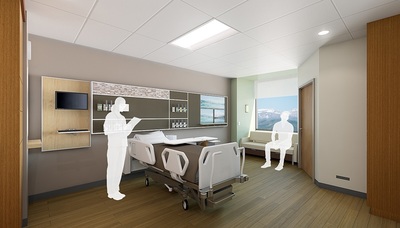 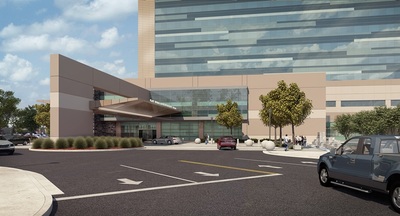 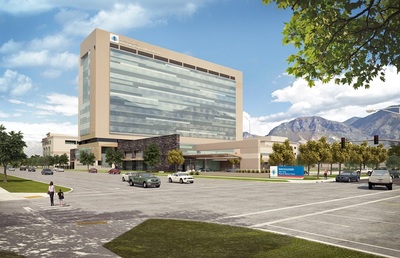 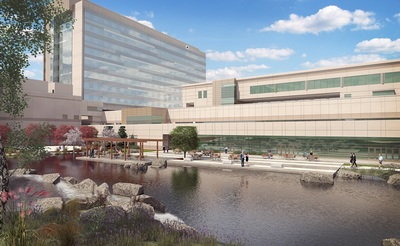