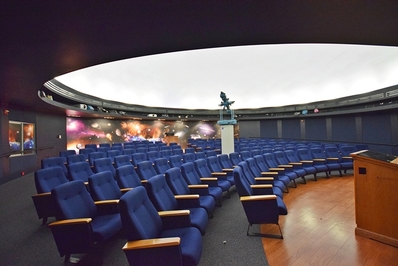 If there is an emergency or last minute change of plans, please contact the department office at (801) 422-4361 or the planetarium director at (801)422-3849. To avoid double booking, scheduling is only done through our online system or voicemail. 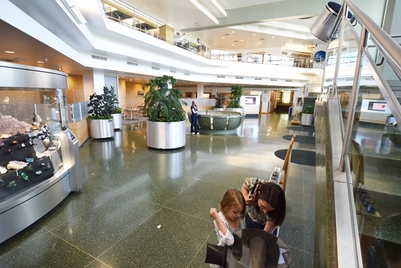 Eyring, a nationally prominent physicist served as dean of BYU's College of Arts and Sciences for more than two decades, until his death in 1951.

In the 1940's, Eyring made a survey of the country's finest science research centers so he could advise BYU officials on how to build one of their own.

In 1998, the building named for Eyring was rededicated after a two-year remodeling.

President Monson, along with Eyring's daughter, Elaine Rieske, restarted the Foucault pendulum in the foyer of the Science Center. The popular pendulum had been disconnected during remodeling.